Siena is a loveliest and well preserved medieval city of Tuscany. Situated south of Florence, its historic city centre has been declared a world heritage site by Unesco and has plenty of wonderful spots to see, like the magnificent cathedral dedicated to the Assumption of Mary.

Siena’s heart is the huge piazza known as Il Campo, once seat of the Roman forum and known worldwide for the famous Palio. The “Palio di Siena” is a historical Tuscany’s horse race that takes place around Piazza del Campo twice a year, since its inception in 1644. The first race held on July 2 and it’s dedicated to the Virgin Mary. A legend goes that on this date a local Sienese named Provenzano Salvani discovered an image of the Virgin Mary in a house located in the Contrada della Giraffa. The second race was not introduced until the early 18th century, it’s dedicated to the Assumption and coincides with the Feast of Assumption on August 16.

The beautiful Piazza del Campo is dominated by the red Palazzo Pubblico, built between 1288 and 1342 and, of course, one of the most graceful and creative of the Italian Gothic. Looking at its facade it’s possible to see, immediately, its different periods of construction. The palace houses the Museo Civico, full of works of important medieval and Renaissance artists of Siena like the poetic fresco of “Maestà” by Simone Martini.

Adjacent to the the Palazzo Pubblico there is impressive tower Torre del Mangia, one of the tallest historic tower in Italy built between 1338 and 1348. If you feel energetic, a climb up the over 500 steps will reward you with an unfergettable view of Siena and its surroundings! 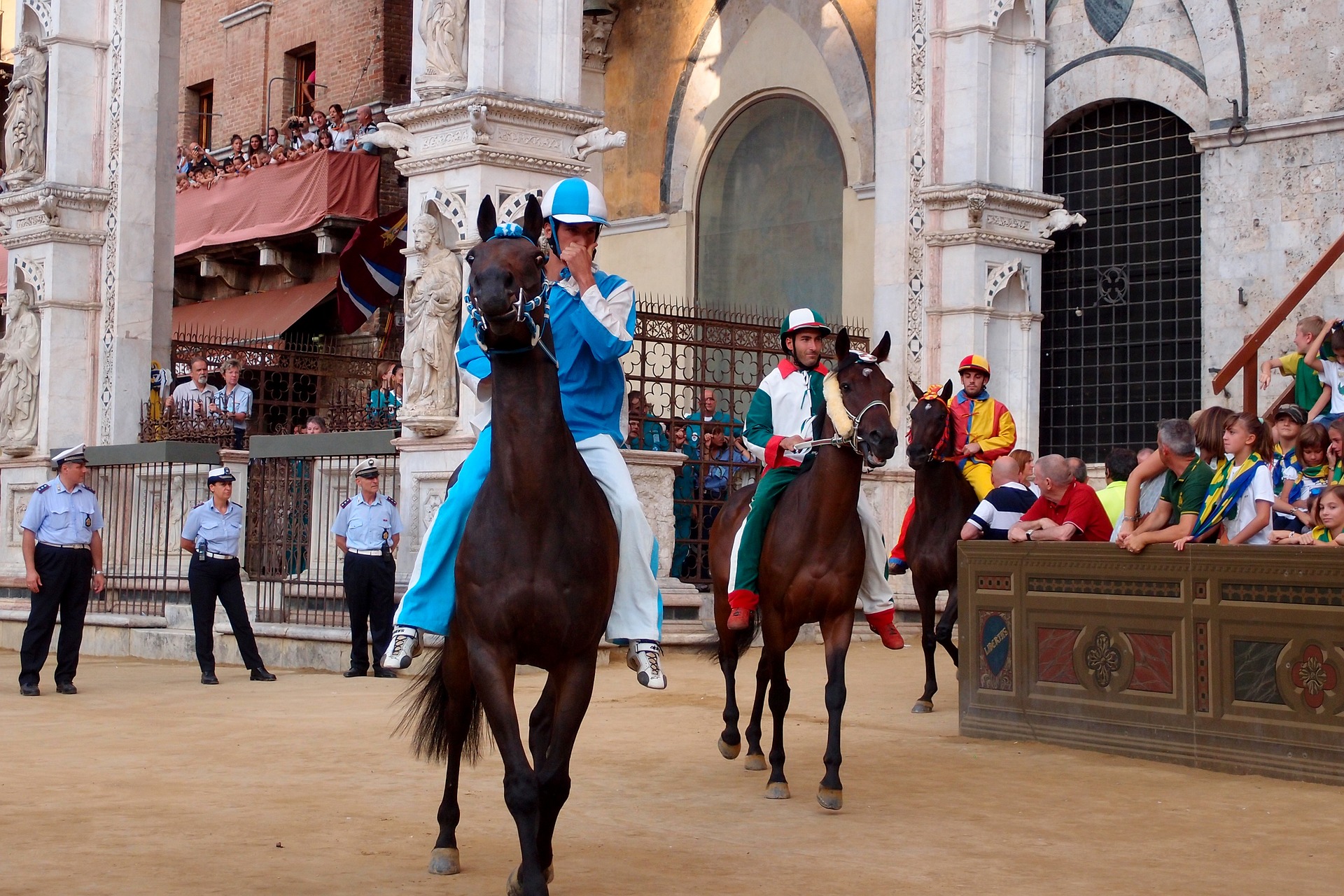